Yesterday, the world celebrated the sesquicentennial of the publication of The Origin of Species. But it is worth stressing that there was not one "Origin of Species", but six different editions produced in Britain alone during Darwin's lifetime. Fifty years ago, in time for the hundredth anniversary of the first publication, Morse Peckham produced a variorum text, which showed the variant readings between the six editions. However, Peckham's variorum has always been difficult to follow and is decidedly old-fashioned with its literal use of cut and paste.
To celebrate the 150th anniversary, my colleague at the University of Birmingham, Barbara Bordalejo, working with John van Wyhe at Darwin Online, has produced a fantastic new digital online variorum, which is much more flexible and user-friendly than Peckham's. Take a look at it here: http://darwin-online.org.uk/Variorum/index.html
For more details, see the editor's introduction: http://darwin-online.org.uk/Variorum/Introduction.html
At last, all of us can follow the evolution of The Origin!
Posted by Mark Pallen at 11:41 PM No comments: 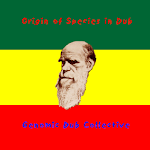